On November 3, we celebrate Lha Bab Duchen, the anniversary of the Buddha’s descent from Tushita, the heavenly realm, to earth. Buddha Shakyamuni ascended to The Heaven of Thirty-Three in order to give teachings to benefit the gods in the desire realms and to repay the kindness of his mother by liberating her from Samsara and to benefit the Arya Beings as well.. This is considered to be one of the great deeds of the Buddha among eight great deeds. As a Buddha Holy Day, this is a very auspicious day for practice, since the karmic effects of actions undertaken on this day are multiplied one hundred million times, according to Lama Zopa, citing the Vinaya text, The Treasure of Quotations and Logic.

It is part of our Tibetan Buddhist tradition to engage in virtuous activities and prayer on this day, including taking the 8 Mahayana precepts and reciting sutras like Sutra of Golden Light. 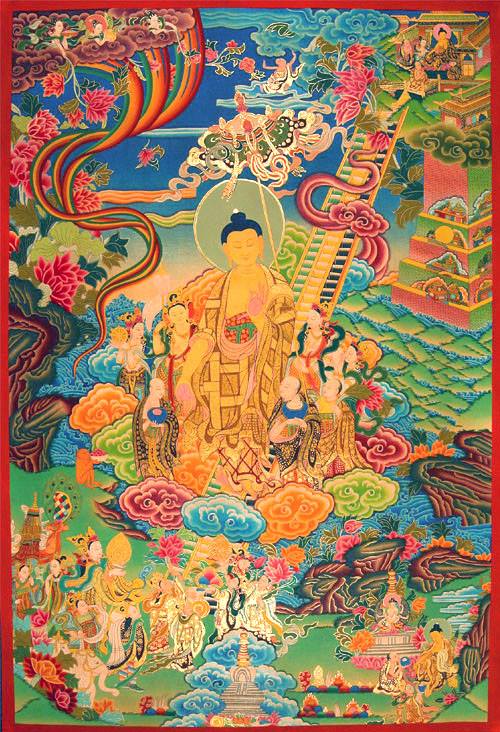