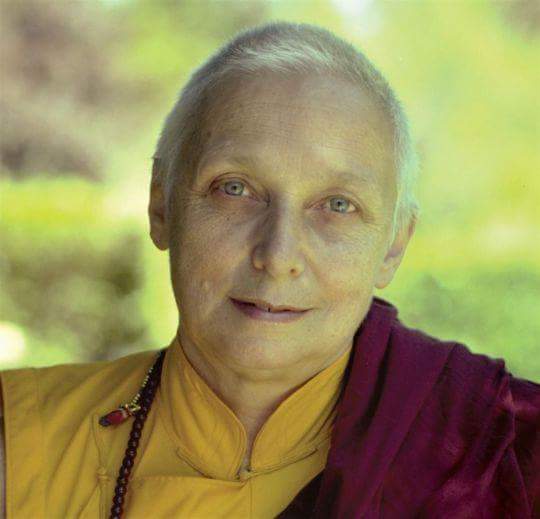 Writer Vicki Mackenzie recently talked with Mandala about her new book The Revolutionary Life of Freda Bedi: British Feminist, Indian Nationalist, Buddhist Nun [available through the Foundation Store]. Mackenzie has been a student of Lama Yeshe and Lama Zopa Rinpoche since 1976 and is also the author of Reincarnation: The Boy Lama and Cave in the Snow.

In the interview Mackenzie discussed Freda Bedi’s role in helping the Tibetan refugees who began arriving in India in 1959, including the young Lama Zopa Rinpoche. Bedi, born in 1911 in England, played a significant role in providing support to some of the first Tibetan lamas to teach Westerners, primarily through the Young Lamas Home School, which she established in 1960. Lama Zopa Rinpoche was one of the many young tulkus who attended the school, and Bedi assisted him to obtain medical care and sponsorship.

Rinpoche often speaks of how Freda Bedi helped him, and she also helped many others. She worked tremendously hard to raise money for the refugee communities, helped Chögyam Trungpa Rinpoche get a scholarship to Oxford, organized European and American tours for His Holiness the Sixteenth Karmapa, and played many other roles.

Bedi, who strongly believed in the equality of women, also established the first Tibetan nunnery in the exile community. Because of her efforts, Tibetan nuns in exile got their first nunnery, Karma Drubgyu Thargay Ling, before the monks got their first monastery. Later, the Karmapa encouraged her to ordain, and she became the first gelongma in the Tibetan tradition. She developed into a serious practitioner, a translator, and a teacher of the Dharma.

As Vicki Mackenzie says, Freda Bedi “is an icon in the transmission of Buddhism to the West, an icon. And yet, she has remained fairly unknown. … Her story deserves to be told.”

Purchase The Revolutionary Life of Freda Bedi through the Foundation Store:

Mandala is offered as a benefit to supporters of the Friends of FPMT program, which provides funding for the educational, charitable and online work of FPMT.